Perennial Bruinou.com favourites, comedians Dillan Oliphant & Jason Goliath both have their shows ranking in the Top 10 on the Showmax streaming service.

So though you won’t be able to laugh hysterically at their jokes in a crowded comedy club anytime soon, Showmax has stepped into the gap with an ever-growing binge-fest of laughs guaranteed to put a smile on your dial, even in 2020. Here are seven of the top 10 most popular local comedians on Showmax so far this year, in alphabetical order with preview videos of their shows.

Dillan Oliphant: In a Lonely Place

With his coy grin and wry, understated humour, Eldorado Park’s very own Dillan Oliphant gets you giggling while he quietly cuts to the heart of the matter, blindsiding you with some home-truths on township life, conflict resolution, looting, funerals, uncles, aunties and loneliness.

Since winning the 2012 Savanna Comics Choice Newcomer Award, Dillan has racked up laughs alongside the best in the biz on stage and screen, including Trevor Noah’s Nationwild, the Emmy-nominated Late Nite News with Loyiso Gola, Kings & Queens of Comedy and Blacks Only.

Jason Goliath: Manstruation: Surviving a Wife and Live at Parkers

Goliath presence, goliath persona, goliath energy - that’s Jason Goliath. Nominated for Best Newcomer in the 2012 Comics Choice Awards, Jason went on to scoop the Nando’s Best Friend of Comedy Award for three years running, from 2015 to 2017, with his co-owned entertainment company, Goliath & Goliath.In Manstruation, the Black Taxstar has a go at relationships, making light of both sides in the marital equation, while his live set at Parker's Comedy Club shows the funny side of being a little on the larger side. 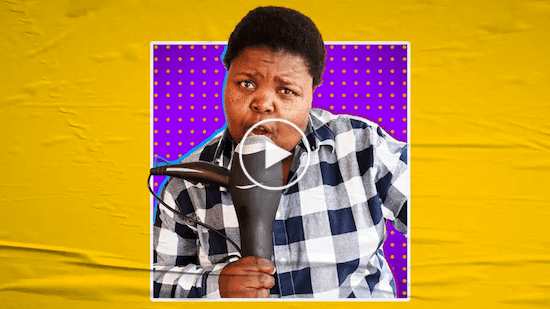 One of the ‘first ladies’ of SA comedy, Eastern Cape-born comedian, actress, columnist and author Khanyisa Bunu tells it like it is with her trademark modesty and good, clean comedy (though she gets a little bit naughty here).

Khanyisa got her start on reality show So You Think You’re Funny. Since then, the former high school teacher has conquered the circuit, from Kings & Queens of Comedy, Blacks Only and the Comedy Central Roast Battle to the Grahamstown Arts Festival, Botswana, Nigeria and even Greenwich Village Comedy Club in New York. She’s toured with and opened for Trevor Noah and in 2015 became the first woman to win the coveted Comics Choice Audience Choice Award. 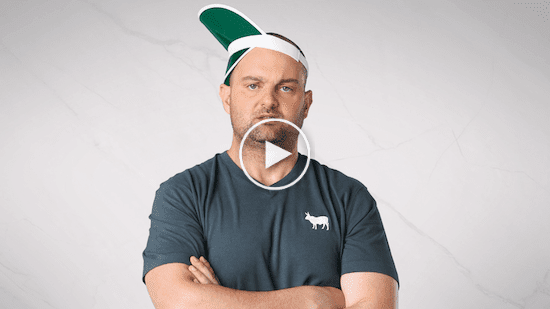 With his usual dry observations, character sketches and straight-faced, laugh-out-loud humour, Dingetjies en Goetertjies takes a unique and hilarious look at life's smallest irritations; Genuine tackles married life, the problems with social media groups and TV classics like Boer Soek 'n Vrou; and Laat Ek Jou So Sê has a go at everything from current news and big events to random everyday things. And if that’s still not enough for you, Showmax has an all-you-can-eat buffet of Die Radio Raps Show, including the brand-new third season. Schalk Bezuidenhout won the 2013 Comics Choice Newcomer Award, was nominated as Breakthrough Act of the Year in 2014, and won the Intermediate Award in 2015. The Kempton Park-born Afrikaans comic has endeared himself to audiences across cultures and countries, with Skhumba calling him “the one white comedian loved by black people”.

In Snorseun and Schalkie, his third Afrikaans and English one-man shows respectively, Schalk once again has a go at himself, Afrikaner identity, and preconceptions in general, bringing us strange encounters in Kempton Park and SA at large. 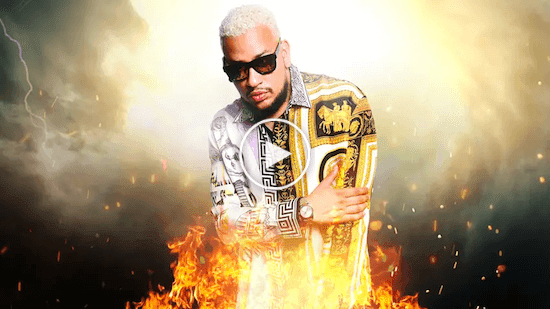 The Comedy Central Roast of AKA

It’s uncut, uncensored and unforgiving. That’s right, it’s Grudgement Day for rapper AKA. Pearl Thusi made history as the first black woman to be Roastmaster, and who better to put in the hot seat than her BFF's baby daddy, AKA? Watch (and squirm) as SA's funniest take their very best below-the-belt potshots at the rapper (and each other). The guests include Nina Hastie, Mark Fish, Francois van Coke, Papa Penny, Moonchild Sanelly, Joey Rasdien, Davido and Moshe Ndiki.If you still want more, Showmax also has the Pre-Roast Special with Jason Goliath. Since becoming the first black video game designer to graduate from Wits University, Limpopo comedian Tsitsi Chiumya has rocketed onto the stand-up scene since the comedy bug derailed his gaming career plans.

Named the Comics Choice Best Newcomer in 2018, Tsitsi won the 2019 Next Level Award, and hosted last year’s Savanna Newcomer Showcase. He’s also earned a SAFTA for script-writing as part of  the team behind Puppet Nation.

A master of observation and relatable, awkward stories, Tsitsi has performed across SA, in Zambia, Europe and the US, and did a 38-show tour of South-East Asia, with features in Trevor Noah’s Nationwild series and the BBC profile series, The Arts Hour with Nikki Bedi.

And the laughs keep on coming…

Still struggling to pick one? Try the compilations Funny People Africaand live series Laugh at First Sight, or get to know your favourite comedians better in the Showmax Original Trippin with Skhumba.

More in this category: « Release of The Worst Thing might not be such a bad thing Che-V says Blow My Horn while She Blows Our Minds »