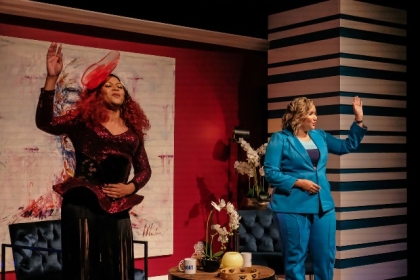 This fun, tongue-in-cheek and at times mischievously irreverent new stage experience is presented by the National Theatre of Namibia and promises to not only give us insight into Namibian Khoi-Coloured Culture with a focus on its Drag Community but also draw parallels with South African Khoi-Coloured communities, and not simply from an LGBTQI+ point of view, because the idea is to explore much broader issues of Coloured Identify in Namibia.

The Identity, Cultural & Socio-political Issues of people who were classified as Coloured or any derivative names thereof have many similarities not only for those in South Africa & Namibia but also across other parts of the Southern African Region.

The multimedia online theatre production based around a talk show format, will stream online from 1 to 28 February 2021 and is performed mostly in Afrikaans (with English Subtitles) and some English also being spoken.
Boet & Sus is written and directed by Lize Ehlers and she also plays he character of Sus. Ehlers says it was "created to shine a light on the Khoi-Coloured community in Namibia, the culture, the history as well as the blossoming LGBTQ and specifically Drag community" in their country.

Lize-Leandra Ann Ehlers is a Namibian award-winning singer, songwriter, actress, playwright, director & poet. Born and raised in Mariental Namibia, Lize is a national creative pioneer who recently received her first Artist of the Year title at the 2019 Namibian Annual Music Awards (NAMAs). The artist is the Founder & Director of Song Night Namibia and a seasoned Musical Theatre Director who recently musically directed productions such as I am John (2018) directed by Sandy Rudd, Every Woman (2019) directed by Senga Brockerhoff & For Colored Girls Who Have Considered Suicide /When The Rainbow is Enuf (2019) directed by Jenny Kandenge.

Her fellow actor who plays Boet, Adriano Visagie, is an award-winning Namibian actor, voice-over artist, contemporary dancer and full-time banker. Visagie is best known for his debut role in the film Salute that has earned him the title of 2019 Best Actor Southern Africa in Burkina Faso at the Sotigui Awards. He has starred in award-winning theatre productions such as Meme Mia (2012), District Six (2017), The Nut House (2017) and One Flew over the Cuckoo’s Nest (2015). Adriano is inspired by the likes of David Ndjavera who directed his first one-hander play in 2019 adapting Franz Kafka’s Ape in ‘A Report to an Academy’.

These two are heavy hitters in the theatre world and they are not the only ones; you can Meet the Cast & Crew of Boet & Sus on the National Theatre of Namibia website

As mentioned, Drag is one of the major themes in this production. Many of the political questions and commentary centres around the outspoken nature of the drag community and their ability to transcend the need to ’sugar-coat’ issues in life.

Boet & Sus thus raises many pertinent and interesting questions.
If Black Lives Matter, do Coloured Lives Matter too?
Between Black "Afro-chauvinism" and White Supremacy, where does it leave the Coloured people?
Is Coloured simply a cultural subset of being Black and of being African?

Coloured on Coloured Prejudices is also another topic that our attention gets drawn to.
How can Coloured people be so prejudiced to each other with regards to various issues like “Colourism” where often light-skinned Coloureds are prejudiced towards their dark-skinned counterparts, issues of ancestral identity with emphasis on whether you are Khoi, Baster, Nama, Malay, etc. 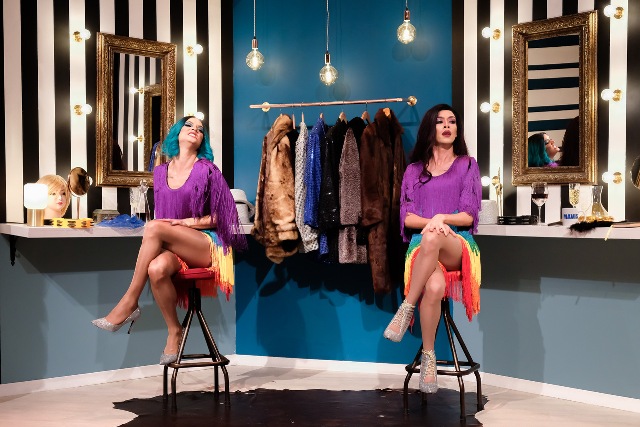 From the video clip and snippets we've seen of the theatre performance and from watching a panel discussion on Identity Narratives done with the producers, writers and cast of Boet & Sus, it is clear that the production is not aimed at a narrow niche audience but should appeal to people from all walks of life who are interested in the nuances of Khoi-Coloured Identity in Namibia and indeed other parts of Southern Africa.

Of course Boet & Sus is not only aimed at Coloureds or the LGBQTI+ community.
We spoke to Jannis Ellis who is involved with handling publicity for the show through The Fame Factory and who happens to Not be Coloured and asked him what he, aside from it being his job to inform us about the show, took away from seeing the full production.
"It offers food for thought for everyone around prejudices, politics, oppression, and the remnants and effects of Namibia and Souh Africa's similar historical dispensations."
"It offers Souh African ‘non-coloured’ viewers like me a glimpse into the lives of an otherwise closely guarded community in a way that we never get to see it; brutally honest and completely laid bare."
"A key message in this production is the 'same-same but different' thread between the Namibian and South African coloured communities."

No matter your own background, whether you are part of the Khoi-Coloured community or not, or what you do or don't know about drag culture in Coloured communities, if you are any bit interested in what makes different cultural groups and population groups in Southern Africa tick and how much they are the same yet all different, then we recommend you watch Boet & Sus.

The hour long show will be available for streaming from 1 - 28 February
For your own exclusive sreaming access, tickets can be be puchased directly from the National Theatre of Namibia.
BUY YOUR BOET & SUS TICKETS HERE