Why Ougat: the Memoir of Shana Fife is a Must-Read Featured 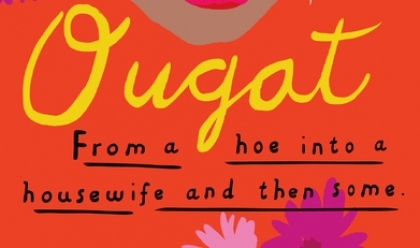 Exploring themes of sexuality, marriage and motherhood, rape, drugs and depression and cultural identity, Shana describes – with the self-deprecating humour her followers love so much – what it means to be a Coloured woman, who gives Coloured womanhood meaning and, ultimately, how "surviving life as a Coloured woman means being OK with giving a giant ‘fuck you’ to the norm".

"I was three months shy of my 21st birthday, and I had committed the one unforgivable act for a Coloured girl from the Cape Flats. I sat on the toilet, staring at the pregnancy test, mostly confused by how I had fallen so far down the social ladder so quickly. The sex I had been having wasn’t even worth the trouble I was in. But the two lines that were almost glowing in one of the darkest moments of my life were there, and they weren’t fading."

By the time Shana Fife is 25 she has two kids from different fathers. To the coloured people she grew up around, she is a jintoe, a jezebel, jas, a woman with mileage on the pussy. She is alone, she has no job and, as she is constantly reminded by her family, she is pretty much worthless and unloveable. How did she become this woman, the epitome of everything she was conditioned to strive not to be? 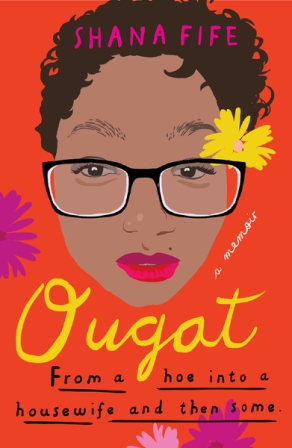 Shana has recenly received the official cover of her memoir; Ougat from Aimee Carelse of Jonathan Ball Publishers. The book is set to release at the end of June, 2021.

"I stared at it in disbelief, even after my husband Riyaahd Fife gave me a sincere high five. For the last year, he watched me sit in my writing room and cry and scream in frustration at the stories I had to pull deep from the previously locked up rooms of my mind. I didn’t even know if I was going to finish it. I gave up many times, like a fucking coward - Relaying some of the sore, embarrassing moments of my life physically pained me. I was so sick at one point, I stayed in bed for days, unable to move my arms and hands."

"But now, months later, I look at it with awe and gratitude. As well as gratitude to Aimee and her team for believing in my story and my ability to write it in my own voice."

"It feels Like I have given birth to it and sort of forgotten the pain - and both will never forget the pain of how I pushed this story out."

We at Bruinou.com have over a number years shared posts, with her permission republished blogs and ran articles penned by the very insightful, incisive and often irreverent Shana Fife.

Shana has become well-known for being a voice for women, daring to tell truths about important issues that most Coloured folks tend to steer clear of and which they'd rather sweep under a rug.
Through her platform Into a Housewife - Just A Hoe With Babies she not only tells stories from her own point of view but with the linked Facebook Group Just a Hoe With Babies, she has created a platform for women (and men) to openly address a range of issues.

The book will definitely resonate well with her many followers and will undoubtedly reach an even wider audience.
Though written from her perspective of living in a Coloured community, Shana's story has many universal elements that also cut across many different cultures and as she says, she "wrote it for all women".

"I did this for you. But mostly, I couldn’t have done it without all of you"
"And now, I would like to present it to you all. A raw, vulnerable and mosaiced version of me, immortalised in this book."

No... I didn't actually read Ougat, so this is obviously Not a Review... But...
Being well-acquainted with Shana's writing style, and knowing the importance of her voice in contributing to societal change, we at Bruinou.com believe that though Ougat was written by a woman primarily for women, it will be a Must-Read for Everyone.

Shana's publisher describes her writing as follows: "A powerful, fresh and disarming new voice – Shana’s writing is like nothing you’ve read before."

Ougat is set for release at the end of June 2021 and You can among the first to read Ougat by placing your pre-order with one of the following outlets in the links below.

Check out Shana's blogsite Into A Housewife

Join the Facebook Group Just A Hoe With Babies

More in this category: « Die skandes van UCT en my Sub A poppehuisie-experience!