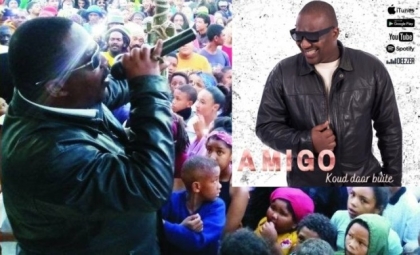 Mario Laaistock aka Amigo the visually impaired singer and rapper will be performing at the Hanover Park Ward 47's Multi Activity Youth Market on Saturday 25 June 2022. He will be sharing the stage with the likes of local favourites Mr Heinz, Craig Lucas, Robin Pieters & DJ Sophia.
As an entertainer with a fast growing fan base, Amigo will also have a stand at the event where his team will be selling a brand new range of Amigo Merchandise.
Amigo's two recent songs with Bliksemstraal, 'Body' and 'Pregnant' have gone viral in townships all across the Cape and other parts of the country, and from as far afield as George on the Garden Route to Windhoek in Namibia.
A resident of Eerste River, and spending many of his formative years living in Clarke Estate Elsies River, Amigo grew up listening to soul, jazz and funk, artists such as Barry White, Luther Vandross, Randy Crawford and Sade. As he grew older, he discovered Hip Hop music and started listening to and studying the lyrics of Naughty By Nature, Snoop Dogg, Dr Dre, Nate Dogg, Warren G, DMX as well as local artists Funny Carp, Amakokorot, Garlic Brown, Scally Wag and Brasse Vannie Kaap. In 1994 at the age of 21 Mario Laaistock was declared legally blind. This has however not deterred him from over many years persuing a career in music and he never gave up on his dream.
Amigo’s first studio recordings were done at BBoy Charl aka Bliksemstraal’s Bungalo Studios in their hometown of Eerste River. Amigo was collaborating on songs and performing with Melli Grey, Old Sirus aka Niko10Long, Benjamin Voete and Remy E.
In 2018 Amigo joined the ATKV Crescendo music program through which he attended song-writing workshops and in 2019 his song “Koud Daar Buite” ensured that he was selected as a Crescendo Finalits.
Koud Daar Buite was released as a single and can still be heard on various radio stations.
In 2020 the track Champions featured Amigo along with Bliksemstraal on the Grandmaster Ready D’s album “Goema Music” which was released exclusively on the Joox Music App.
WATCH DJ Ready D ft Bliksemstraal & Amigo - Champions

Entrance to the Hanover Park Multi Activity Youth Market event is free and Amigo is looking forward to entertaining the audience along with his fellow artists on the lineup.
Performing in both English and Afrikaans, in his repertoire fans of R&B, Soul, Folk and Hip Hop songs will be treated to new songs from Amigo's upcoming debut album scheduled to be released on Agapanthus Street Media in September this year.
Fans and supporters who would like to cop some of that Amigo merchandise but are unable to make it to the free Hanover Park event can contact Agapanthus Street Media on 072-242-3360 or visit www.agapanthusstreet.co.za for info on how to get some of that Amigo swag.

Amigo merchandise will be on sale at the event. 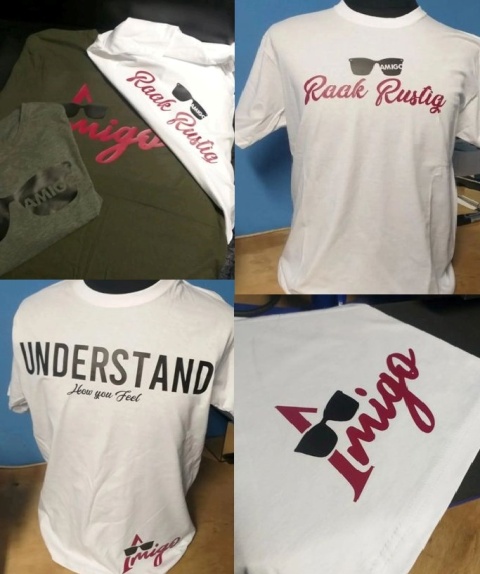 Event details are as follows: 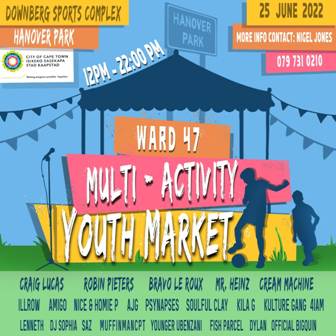