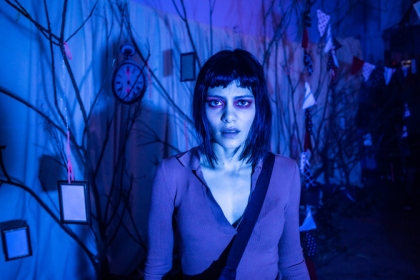 Tarryn Wyngaard, best known for her role as Jenny, the childhood sweetheart of the main character AB, in the Oscar-nominated 2015 feature film Noem My Skollie, plays one of the lead characters named Jaz in the Showmax Original horror series Pulse, currently available for streaming.

In Pulse a group of game creators discover that survival is no longer just a game when an electromagnetic pulse bomb fries every electrical circuit in their office high-rise – and people’s heads.

The multiple-award-winning actress who grew up in Bonteheuwel on the Cape Flats attended Westerford High School in Rondebosch and is an alumna of the University of Cape Town where she did a B.A. in Theatre & Performance.

Aside from being lauded for her role in Noem My Skollie, the 2021 SAFTA winner for ‘Best supporting actress’ in the movie Stam is also well-known for numerous TV series roles that include Arendsvlei, Vinkel & Koljander, Agent, Dwaalster, Dam and the international scifi series Raised By Wolves.

Tarryn is also an accomplished theatre actress having won the 2018 Fiesta Award for best Supporting Actress in Liewer which was performed at Woordfees as well as the KKNK.

WATCH: Tarryn Wyngaard on Her Role as Jaz in Pulse

“Fearing for your life is a universal thing that people understand.”
Sam Wright caught up with Tarryn in a Q&A session for the Showmax website to find out more about her role in the show, which was picked by The Hollywood Reporter as one of the 25 buzziest series at this year’s MIPTV, a leading global TV market in Cannes, France.

What attracted you to the project?
The scripts were so incredibly out of this world and like nothing I’ve ever read before.

Also the team involved. They are Emmy-winning people involved in the production side, like Steve Lanning. And of course, Sallas [De Jager, the multi-award-winning director of Pulse and films like Dominie Tienie and Free State]. As a director he really respects the viewer. Pulse is not going to be indulgent; it’s going to give the viewers what they want to see. That is always his focus.

Tell us more about your character, Jaz.
I play a game designer, a woman who is a leader in her field, and who then has to lead this group of people towards safety.

My character was just so epic. To her, her game is her art, the same way I see acting. She pours everything into it; it is not just a game for her. At first it was daunting but I knew it was going to be so meaty, so great, that this was something I wanted to do.

Are you a gamer yourself?
I was when I was a kid. I’m from the Pac-Man and Super Mario days, those kinds of things. It was more social. I wasn’t like kids are now, streaming and playing.

During lockdown my boyfriend got a PlayStation and I started playing Days Gone with him. I really loved that game. It sucks you in; it’s like a movie. The storylines are so intense and you can decide what path you take through the game as well. So I did get into gaming.

I think gaming really helped people through Covid. It helped my boyfriend; it was this other place to escape.

What research did you do for the role?
Obviously for this role I had to be interacting more with games and game development. I listen to a lot of podcasts and there is a YouTuber, Jason Weimann. Part of my warm up every day on set was to listen to him talk about the difference between coding and designing games and which one is better suited to you. I listened to that every morning to bring me back into the world of gaming.

I also read a book, Blood Sweat and Pixels. It was important for me, not to just play games, but also to have some understanding of exactly what it takes to get a game out there.

What was your highlight of shooting Pulse?
There are so many that come to mind. We’d be filming something, crawling through vents, and they wouldn’t tell me but they’d put the camera on me and they’d do a bang or explosion and I’d get an actual fright. It would take a while to calm down afterwards. There were a lot of pranks on set; it got quite funny behind the scenes with how people tried to spook each other. That was a definite highlight.

What was the hardest part about shooting?
Because of Covid we missed the opportunity for our loved ones to join us. A lot of the cast booked flights for their families and then Omicron hit. It was literally a day or two and they would have flown in but the travel bans happened. Being away from home for so long and doing something so intense is challenging. But we were on an island where you can go swimming with the dolphins, which made up for it. 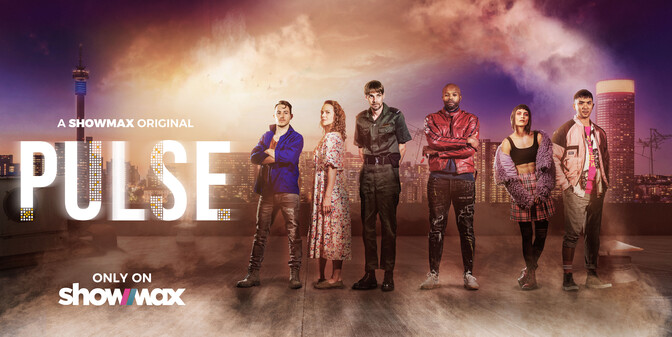 Why do you think there has been a rise in popularity for the horror genre?
Fearing for your life is a universal thing that people understand. There is something very primal about watching people surviving and running for their lives, so audiences have something that’s holding their attention and tying everyone together. But then you can use horror as the vehicle to bring your culture to them, so they also get the cultural nuances and textures, like tech in Africa in Pulse. So the genre stretches and reaches wide.

What has it been like working with Showmax?
I find myself going back to Showmax frequently. There is that local flavour and Showmax has really nailed that for South Africans. With being away in Mauritius I felt it: there is nothing like home and you want to find that thing that reminds you of home. I think a streaming service like Showmax is crucial. You can access it all over the world, which means wherever you are, you can get a taste of home grown content, of South Africa. I think Showmax is brilliant.

The Showmax Original is the result of an international collaboration between global production and finance company Media Musketeers, UK-based ForLan Films and SA’s Red Mirror, co-produced with CANAL+ and The MediaPro Studio.

Pulse is the third co-production between Showmax and CANAL+, building on the success of the first two seasons of Crime and Justice, which earned Sarah Hassan the Best Lead Actress in a Drama prize at the 2021 Kalasha Awards in Kenya, and the upcoming epic Blood Psalms.

More in this category: « Release of The Worst Thing might not be such a bad thing Dillan Oliphant & Jason Goliath amongst Top Comedy Stars on Showmax »