Why Wayde's Gold is a Win for Coloured Identity

The term “Coloured” began trending on Twitter after Wayde van Niekerk won Olympic gold and set a new world record, and that’s okay, says Carla Bernardo.
Many of the issues she explores in this article are in fact what Bruinou.com is all about.

Cape Town - So, while the rest of the world began celebrating Wayde Van Niekerk as an incredible athlete who - at the tender age of 24 - smashed a 17-year-old record, somewhere along the line, we South Africans began debating about who, as a race group, gets ownership of Team SA’s only gold medalist in Rio.

The term “coloured” began trending on Monday morning and my immediate reaction was: “But why? Let this boy bask in his well-deserved glory, at least for a day.”
But almost as soon as I thought that, I realised what Wayde’s win could do for the coloured narrative in South Africa.
Now see, I have recently started proudly identifying myself as coloured. 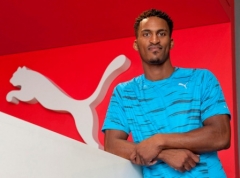