The 2016 film Action Kommandant that tells the story of South African freedom fighter, Ashley Kriel is finally available on Showmax.
Ashley Kriel grew up in a working class family on the Cape Flats and came to be recognized as the icon of South Africa's 1980's youth resistance.
The film is an intimate portrayal of this son, brother and revolutionary who became known as the Che Guevara of Bonteheuwel.

The 'Colour' of Coloureds Mentality 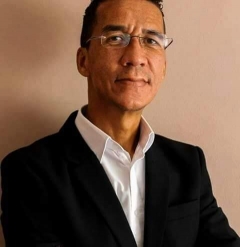 The problem with them (the coloureds) seeing themselves in isolation to the broader black struggles for economic equity and equality through financial restitution and land repatriation is the following:
Published in Opinions
Read more...
Saturday, 29 December 2018 17:40

Kleurlinge... yes that is the only way I feel like describing these adherents of a false consciousness... Kleurlinge losing their minds over a sheep being slaughtered on a beach which they themselves as people are regularly being bullied to vacate and until a few decades ago were not even allowed the privilege to visit or set foot on.
Published in Opinions
Read more...
Thursday, 15 November 2018 14:16

LANGARM - David Kramer’s New Musical at The Fugard this Summer

The countdown is on to LANGARM, the much-anticipated new musical by award-winning, South African legend David Kramer.The actors in the leading roles are Rushney Ferguson, Cameron Botha, Kim Louis, Elton Landrew, Pierre Nelson and Julio Jantjies. LANGARM will be presented at The Fugard Theatre for the festive season from 20 November.
Published in Entertainment News
Read more...
Thursday, 24 May 2018 20:06

Botha-Khoism Racist Mischief a Threat to the Khoi Revivalist Sector

I here want to tackle a serious and vexing issue which poses a threat to the Khoi Revivalist sector and to all South Africans. It is a painful matter to talk about but it cannot go unchecked. It is as serious as the racist outbursts on social media by the likes of Vicky Momberg and Penny Sparrow. These are the foul, contemptuous and racist outbursts used with impunity on social media by that part of the lunatic fringe or Fake Khoi with their fake histories and fraudulent claims. If one studies this phenomenon we can see that it traces back to the same extremism of the white right-wing and it goes back to PW Botha’s strategy to indoctrinate those labelled “Coloured”.
Published in Opinions
Read more...
Sunday, 20 May 2018 22:59

Your help is needed in piecing together some of the hidden history of Durban's Coloured population group in a bid to explore narratives around this history from the perspectives of those who are willing to contribute material and knowledge to the Proclamation 73 Open-access Visual Memoryspace Project.
That means that you can through images and documentation contribute to the visual telling of your family's and your community's history and help weave the tapestry which aims to make the hidden histories of Durban come to life.
Published in Community News
Read more...
Wednesday, 02 May 2018 18:57 Siqalo protesters have torched an ATM at a petrol station as well as a fruit & veg stall along with the owner's truck. Now residents of Mitchells plain who are standing up for their right to no longer suffer losses due to the actions of the Siqalo protesters are being accused of being 'racist'.
Published in In the news
Read more...
Sunday, 08 April 2018 15:16

For many years in our youth under the shadow of Apartheid 6th April was a public holiday called Van Riebeeck’s Day or Founder’s Day... BUT who was the real van Riebeeck?
Those who place Jan van Riebeeck on a pedestal elevating him to playing a much larger and benevolent role in our past than is factual, and who project him as a fair and blameless man, are often rather ignorant of the bigger picture that make up this man’s life. Few people can present an actual biography of this man and few people have read his detailed journal and his letters from the Cape. In fact his present day supporters are much less honest about what happened, than Jan van Riebeeck himself.
Published in Opinions
Read more...
Monday, 30 October 2017 23:01

What did People of Colour Expect? #BlackMonday Was Always Going To Be Orange White & Blue 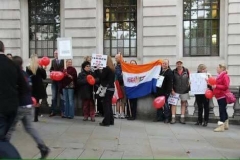 Having a wardrobe that has a disproportionately high number of black items is really not an indication of me being in a constant state of mourning, but it might as well be...
I wear black almost every day, except for today; I didn't...
People here regularly wear black... We have a lot of funerals to attend...
Published in Opinions
Read more...
Prev123Next
Page 1 of 3