Mario Laaistock aka Amigo the visually impaired singer and rapper will be performing at the Hanover Park Ward 47's Multi Activity Youth Market on Saturday 25 June 2022. He will be sharing the stage with the likes of local favourites Mr Heinz, Craig Lucas, Robin Pieters & DJ Sophia.
As an entertainer with a fast growing fan base, Amigo will also have a stand at the event where his team will be selling a brand new range of Amigo Merchandise.
Published in Entertainment News
Read more...
Tuesday, 14 June 2022 20:45 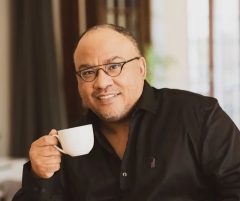 Action-Packed INDEMNITY Aims to Take You on a Thrilling Ride

Theo Abrahams, a seemingly Average Joe but with a lethal set of skills, goes on the run when he's accused of a crime he doesn't even remember committing.
The ensuing chaos leads him down the rabbit hole of a conspiracy at the highest levels of government.

Theo’s world is rocked when his journalist wife Angela (Nicole Fortuin) is murdered – and he is the prime suspect. He soon finds himself on the run from the police for a murder he is positive he didn’t commit. But was he framed? Or did one of his violent nightmares cause him to do something he didn’t mean to do?

A Tollie in the Krismis Hamper?

Yassie Jong!!! Today is the day we collect our meat hamper from the butcher.
They said something about a half tollie???

I am Not going to eat that. Who eats tollies??? 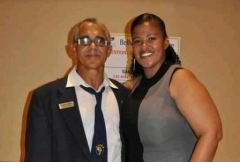 For the first time in its 70 year history the Western Province Natural Bodybuilding Union (WPNBBU) is under the leadership of a woman. Lolene Lawrence is also the youngest chairperson ever to head up the WPNBBU.
Lolene is no newcomer to the administration of Natural Body Building. She has for a number of years been the Chief Judge of the WP Union ensuring that provincial competitions are run to the highest international standards.
Lolene has also for a year served as the Interim Chairperson of the WPNBBU in 2020.
Published in Sports News
Read more...
Wednesday, 24 March 2021 15:39

Kroes-control - Can SWIRL entertain while raising some hairy issues?