Is it Constitutional to Exclude Coloured / First Nation Persons from B-BBEE?

Zelna Jansen not only looks at what drew her personal anger at the proposal from KZNH structures of the ANC calling for the exclusion of Coloured (and Indian) persons from BBBEE, but unlike most of us... the statement touched a raw nerve and made many of us angry... as a lawyer she felt compelled to make an argument based on facts and not on emotions and gives us her objective reasoning as to why The Call for The Exclusion of Coloureds from BBBEE is Unconstitutional.
Published in Opinions
Read more...
Friday, 15 July 2016 18:18 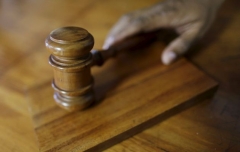 The seven Coloured warders who won a landmark affirmative action victory, have welcomed the ruling on Friday 15 July by the Constitutional Court that they be promoted within the Western Cape Department of Correctional Services.
This ruling sets a precedent which could have major implications for how Affirmative Action and Employment Equity is applied to the population of the Western Cape across government departments as well as in the private sector.