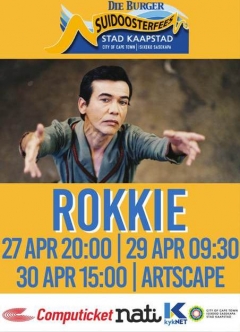 Equally ridiculed and celebrated in our communities for their perceived flamboyance, while also in many straight circles accepted with a bit of confused caution, almost everyone on the Cape Flats knows someone who is stereotypically described as a "Kaapse Moffie" but seldom the stories of transgender persons are told from the point of view of and as the main character in a theatrical play.
The transgender persons in most theatre works are usually cast as secondary characters and many times as comic relief, but the plays usually do not revolve around them.
Published in Entertainment News
Read more...