Well... I can't remember how many times over the past few months I've told people "No, Nommer 37 is not your 'run-of-the-mill' Cape Flats gangster movie".
To be honest... Until now that was based on the information I have been given by people involved in different aspects of the production of the movie, but now I have actually seen the entire film.
After attending the official South African premiere on Monday 21 May I can with one hundred percent certainty say...
Nommer 37 is die nomme vannie flêt... It gannie oo’ nommeskap en gêngsterism soes ôs it kennie...
Published in Entertainment News
Read more...
Saturday, 25 June 2016 23:37 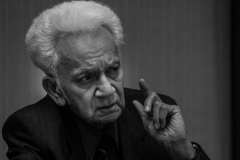