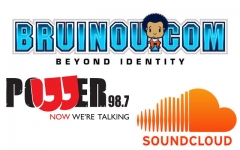 Hot on the heels of the TV interview on "Real Talk" with Anele, PowerFM had media consultant Lance Classen and Bruinou.com founder, Charles Ash, in their studios on 23 May 2018 for a detailed discussion on the many aspects of the Kullid identity debate.
What follows is a detailed, insightful, passionate, sincere discussion on Kullid identity in South Africa today as many issues get laid bare and properly interrogated.
Please share your views or share this interview with your friends and family to help us keep this discussion going.
Published in In The News
Tagged under
Be the first to comment!
Read more...
Tuesday, 15 August 2017 11:26

The Bruinou.com Story - (A dedication to my wife, Renee Ash - RIP) 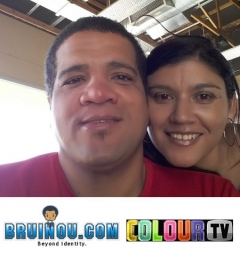 This is a slightly edited version of the dedication and eulogy I read at my wife's funeral on 12 August 2017. My late wife, Renee Ash, was a critically important person in the development of the website www.bruinou.com as well as the struggle to bring the TV show "Colour TV" to your screens in 2012. I'd just like to acknowledge her, tell our story and let everybody know a bit about what we went through in our lives while building this website and lobbying the SABC for media for Coloured South Africans.

A deliberately crude, vulgar, offensive guide behind the many buzzwords which one will come across in news reports in South Africa today. 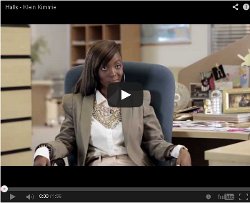 It's gonna be hard to beat this advert as the top advert for 2013. Featuring the supercool, loveable, irrepressible, street-smart Kimmie-Kool, this latest advert from Halls is a home-run for us and one of the best ads we've seen...EVER!
It seems we're not the only people that can't get enough of "Kimmie Kool". Creators of this hilarious advert, Ogilvy & Mather Cape Town recently released this extended version on the Halls Youtube channel saying, “Meet Klein Kimmie. Deep-breather, move-maker, part time admin assistant, full time rapper and now, TV star.” Enjoy! H0$h! AWEH Kimmie!!
Published in Kuk Funny!
Tagged under
Be the first to comment!
Read more...
Wednesday, 19 June 2013 07:32

Laugh till you cry...

This hilarious clip was submitted by a Bruinou.com member and had us laughing till it hurt. It looks like she takes a big bite into a Habanero chilli...which of course, even the bravest spice-loving Durbanites will tell you, is a terrible idea. One small piece of habanero chillis will have your mouth on fire...as it did this lady. Enjoy. 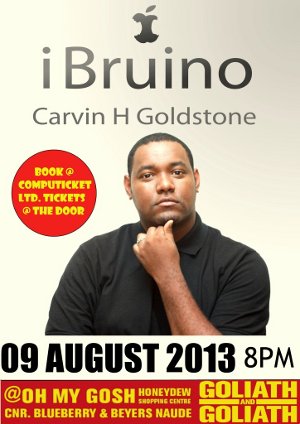 You may recognise him as the ETV television reporter, but others will know him as Carvin H Goldstone, the rip-roaring, hilarious, stand up comedian touring the country entertaining the whole family!
If you find that hard to comprehend then you need to get your family together and go watch one of South Africa's fastest rising stand up comedy stars, Carvin H Goldstone. Bringing his latest one man show iBruino to Johannesburg at Oh My Gosh at Honeydew Shopping Center, corner of Blueberry and Beyers Naude Roads on Friday 9 August.
He is already one of Durban's most loved comedy talents and is promising to bring Durban to Johannesburg for one night only.
Comedy DVD sales have seen his national comedy profile grow in recent years, expanding his funny style to all South African audiences.
Carvin has an arsenal of accents, impersonations and funny true stories about his life and Durbanites.
But what keeps the crowds coming back and bringing others with them to watch this young comedian is the fact that he does it all without swearing or talking dirty.
In 7 years on stage Carvin has never used any vulgarity in his comedy.
Indian comedy King Muthu Murugan called Carvin the future of Durban comedy and said he was impressed at how he did it all without swearing.
Local comedians Loyiso Gola, Stuart Taylor, Joey Rasdien and Nik Rabinowitz have all asked Carvin to be the opening act at one man shows in Durban.
But it's in his own one man shows where Carvin really steps into his own and shows why his one of Durban comedy's main-ous. His 2011 debut one-man show – ‘No Swearing’ – was a huge local success at the Playhouse Drama and solidified his standing as Durban’s most hilarious, “100% clean” comedian!
2012 saw the launch of his second, highly anticipated one-man show – iBruino - which had audience members of all ages and race groups in stitches!
Thoughtful, honest, unashamed and totally original, Carvin H ensures a great night out for the whole family!
If you haven’t yet seen this man in action, this is your chance to watch him live as he launches his latest comedy DVD, iBruino, with one last staging of the show at the Oh My Gosh.
Its 1 hour and 30 minutes of clean, family-friendly comedy with a unique Durban flavour from one of the city's finest.
Tickets are R100 at Computicket, Shoprite and Checkers.
iBruino DVD will be on sale after the show.
Published in Entertainment News
Tagged under
Be the first to comment!
Read more...
Monday, 07 June 2010 23:47

WANTED: Afrikaans comedy writer for new television show to be aired on SABC2!

After 25+ years of outright media neglect of the bruinmense, the SABC has done an about turn and has decided to commission a new television show which, for the first time in television history, is aimed squarely at the Coloured community of South Africa. Now, considering that 80% of the national Coloured population speaks Afrikaans, it is therefore only fitting that the show be comprised of 80% Afrikaans content...right?

She's young(ish), hip, cool, talented, outspoken, intelligent, motivated, creative, eloquent and starting soon right here at Bruinou.com. She'll be the one to usher in the new era of Bruinou.com as we flip-the-script and take it to the max here at the people's website that started this gemeenskap thing. Considering all the latest developments: a new TV show aimed at Coloured South Africans and a new editor for Bruinou.com...you know we're up to s omething...BIG!

Watch this space for details.

We're pleased to announce the addition of some slick new functionality to Bruinou.com. You can now comment on any article on Bruinou.com using your Facebook profile. Your comment can then be updated to your Facebook status with a link to the article, allowing all your Facebook friends the opportunity to add their comments as well. You don't need to be a member of Bruinou.com to comment on our articles, just click the article title on our site frontpage and navigate to the bottom of the article where the Facebook commenting system loads.

Good huh!? Now have your say and choon us what-what!!

The South African Movement for Equality's open letter to the SABC

To those who have been following the developments with SAME (The South African Movement for Equality - www.same.org.za) and its long-running battle with the SABC over the provisioning of a state FM radio station for Coloured South Africans, then this letter is for you. This is the first letter which SAME has released publicly and brings an end to the "good-faith negotiations which SAMe has been having with the SABC thus far. The SABC has shown complete disregard to the needs of the Coloured community and we call on all equality loving South Africans to please read this letter; understand its contents and forward it to your mailing list.

The time for action is NOW!!

SIGN THE PETITION AND SHOW YOUR SUPPORT FOR THIS CRITICALLY IMPORTANT COMMUNITY INITIATIVE!!

Published in Latest
Tagged under
Be the first to comment!
Read more...
Prev1234...Next
Page 1 of 5