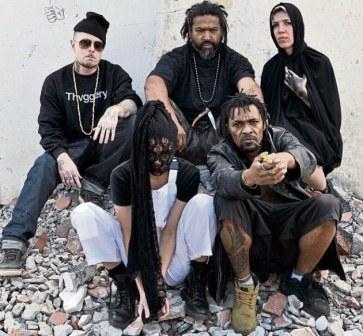 Fresh off their European tour, Afro-Punk Hip Hop group Dookoom fronted by Cape Town Hip Hop stalwart Isaac Mutant, this time featuring internationally acclaimed Mississippi Hip Hop artist David Banner, have released another onslaught of pure anger that will probably be (mis?)labelled once again as a racist attack on all whites, but is it?

Opening up another hornets nest, piercing a festering wound, which if you care to listen, they seem to hope you will come to the conclusion that the wounds are real and need to be opened before it can be treated.

Read more: Release of The Worst Thing might not be such a bad thing