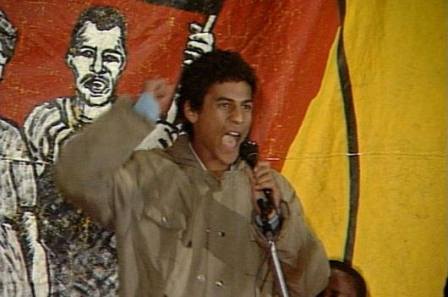 The film Action Kommandant intends to tell the story of slain South African liberation fighter, Ashley Kriel and is in the final stages of completion.
However there are still some hurdles that need to be overcome and the director Nadine Cloete needs You and I to help her reach the point of finally releasing Action Kommandant.


We are always lamenting the fact that as People of Colour in SA our own stories on film and stage are not being told by us and there are many reasons for that. It is not simply because there is a shortage of stories or of storytellers but many times funding is the main stumbling block.


The film's editing is now complete but extra funds are needed to grade it (audio mixing and colour correcting) as well as pay for further copyrighted materials.
Nadine has embarked on a crowd-funding campaign which means that with our help the film can maintain its independence and be completed as a collaborative effort between the filmmaker and a community who through our own funding will eventually encourage more of our own storytellers to tell our own stories.

The Story of Ashley Kriel
During the oppressive apartheid era Ashley was known as the Ché Guevara of Cape Town’s notorious ‘Cape Flats’. He was born into a single-mother, working class family in Bonteheuwel and grew to become the symbol of 1980s youth resistance.
Ashley’s story is told through pockets of memory opened by those who were closest to him. A wound un-mended is explored through these intimate interviews.

The film opens with the voice of Ashley’s mother, Ivy Kriel. This audio interview also in some way acts as narration and travels with us throughout the film as it introduces chapters of Ashley’s life. It serves to humanize the Ashley that has become such an icon.
Ivy Kriel worked as a tea girl at a factory and her only son’s involvement in anti-apartheid movements was not something she welcomed immediately.
His close friend, Gavin Adams, speaks about how they were cool cats and started a street crew (as opposed to a gang) called GAP.
The GAP brothers joined the Bonteheuwel Youth Movement (BYM). It was here that Ashley was introduced to ideologies of the then banned African National Congress.

The film traces this guerrilla soldier’s development from being a member of the progressive BYM through to addressing crowds on public platforms. Ashley’s popularity grew to such an extent that it became increasingly riskier for him be an underground operative of the ANC in the Western Cape.
How did Ashley go into exile? What happened to him in the Umkhonto Wesizwe (MK) camps? What were his MK duties when he arrived back in Cape Town? Will we ever find the truth about his death?
Ashley Kriel contributed to revolutionizing working class youth. The film shows never seen before footage of Ashley’s funeral and explores what went wrong with the Truth and Reconciliation Commission investigation of his murder. In a haunting last recording of his voice he sings: ‘Don’t mourn for me, organize’. 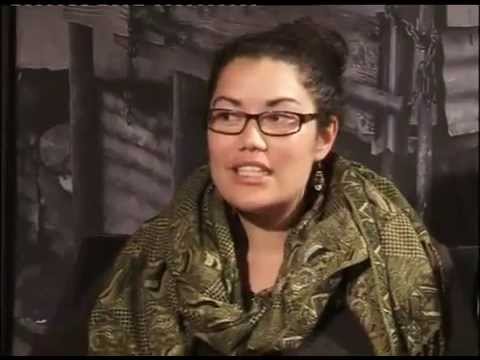 We have in a few past articles on bruinou.com mentioned Nadine Cloete and her work as a filmmaker including the article Telling Our Own Stories - Beyoncé as Saartjie Baartman Rumour is a Wake-up Call.
The time has come that we should not only celebrate our own storytellers but we should actively embark on helping them to get our stories told.
Crowd funding is an innovative way for the public to help projects to be realised without producers having to solely rely on corporate and government funding,  which many times impose terms, conditions, and limitations that snuff the spirit of independent storytelling.

Please Note: Public screenings will only occur after the films national premiere.

To contribute please contact: This email address is being protected from spambots. You need JavaScript enabled to view it.

Nadine wishes to thank you in advance for your support.

Watch a Short Introduction to the Action Kommandant Film.